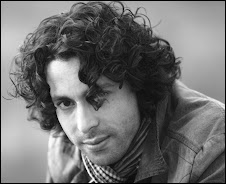 Welcome to my blog
Here you'll find info, pictures videos about my Second Life gigs
Please feel free to contribute, sharing your ideas with me and my fan club friends.
For further info Please contact Summer Loon or Ridha Cooljoke in SecondLife World.
See you soon and have fun !!

Leave your Comments...
You will be Very Welcome. The AMALGAM FEELINGS album was recorded in four different languages
*Music and Lyrics by Ridha :

1 "Weanek" is the Arabic selection.
2 "Because All I Need is You" is in English.
3 "Un Mondo Migliore" features the Italian language.(lyrics by Sergio Moioli)
4 "Reviens Dans Ma Vie" is the French tune. 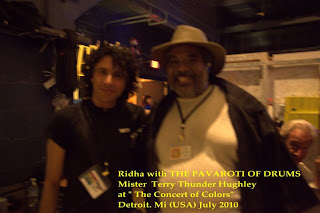 During Ridha’s USA tour he was able to mingle with some of Detroit’s all time great musicians at the “Concert of Colors” which promotes diversity and unites people through music. Concert of Colors presents free indoor performances by musical acts from Detroit and around the world and an outdoor street festival with food, entertainment and family fun. Ridha was invited backstage and even got to be part of the festivities at the end of the evening when all the acts came together for one big song.

Some of the artists included:

Don Was who is not only a great bass player and member of the Was Not Was band, but may be best known as a highly successful record producer. He has worked with an eclectic array of gifted artists ranging from The Rolling Stones, Bonnie Raitt, Bob Dylan, Ziggy Marley, Bob Seger, Al Green, Garth Brooks, Ringo Starr, Iggy Pop, Lyle Lovett, Kris Kristofferson, Joe Cocker, Hootie and The Blowfish, Amos Lee and Willie Nelson to Elton John, Stevie Nicks, George Clinton, Randy Newman, The Black Crowes, Carly Simon, Travis Tritt, Brian Wilson, Jackson Browne, The Barenaked Ladies and Cheb Khaled.

Terry Hughley, one of Detroit’s premiere drummers has kept the beat for such greats as The Platters, Mitch Ryder, Don Was, The Drifters, The Coasters and the Sun Messengers to name a few.

Born in Tunisia, Ridha’s childhood focus was music.
Growing up he learns violin, luth and sings in the school choral. As a teenager, he continues singing and begins playing guitar in several bands. After various musical experiences he expands his versatile international repertoire adding piano and keyboards to his performances. His reputation takes hold and he begins performing in large venues including many high-class piano bars and quality hotels, until his last four years in Tunisia where becomes the resident pianist at the American Bar of the Odyssee Resort Hotel in Djerba-Zarzis which is considered one of the most prestigious hotels in the world; frequented by elite international clients.
Not only is Ridha a singer, keyboardist, pianist and guitar player, he also composes and writes his original pieces; then arranges mixes and masters them. Currently he searches to assert himself in the world musical panorama as a complete artist whose main objective is realizing his dreams by moving to Italy and continuing to introduce his music to the rest of the world.Music is the most important part of Ridha’s life. He still enjoys performing at clubs ceremonies, Second Life and other musical venues. He is currently working on his CD of original world music pieces, written in many languages which gives Ridha the ability to share it with so many people, but the most important language for him is MUSIC.